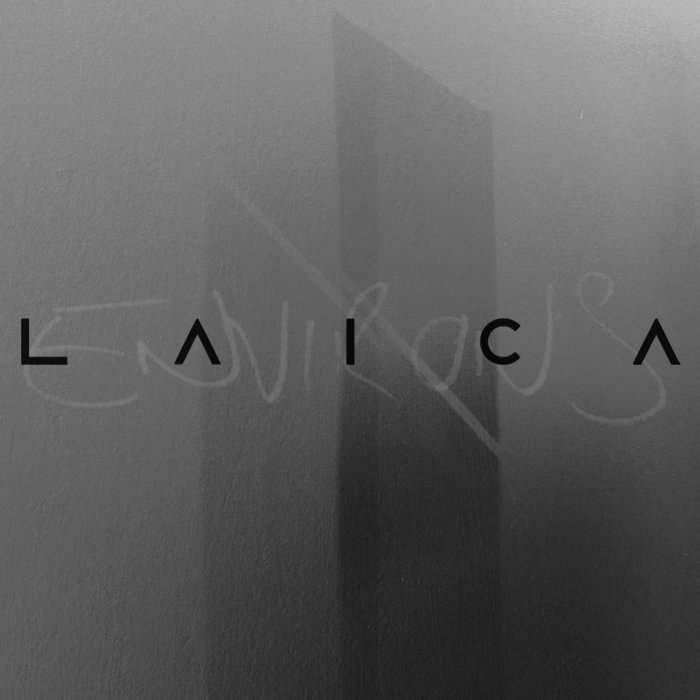 Thanks go out to Dylan for the album artwork, Mat and Mike for the words, Greg, Ken and Gary for the loan of the ears, my wife Carrie for putting up with me and everybody else that has supported me recently, DIL, Hollis, Graham, Sherlock, everybody at Alrealon, The FM Team . . The list goes on, if i have missed you it is not intentional, Thank You All

For his Environs album LAICA continues the less-is-more path trodden on his earlier works. Where previously he was removing melody leaving just a smudged and faded memory - with Environs he has taken his sound a step further, removing instrumentation all together.

Built entirely from field recordings, the composite sounds of his album have been edited, looped, treated to layers of reverb, run through various resonators, sped up, slowed down, stretched, granulated and eroded - creating an entirely new environment.
Mike Darkfloor/Mat Audio Journal

‘Environs’ is a real headphones-in-the-dark album; a work to mull over and return to repeatedly.
It has a hermetic structural logic all its own, a puzzle to unlock; avant-electronica that makes the listener do some of the hard work. An intelligent, mature and engaging album.
Michael Holland
ears4eyes.blogspot.co.uk

It's a listen and a half, in a good way. Like turning page after page of shocking prose.
6&8

The excerpt sounds a bit like Burial with the garage beats and chipmunk vocals stripped out, which is ideal for me because those bits get kind of annoying.
Uschi-No-Michi

Written and produced by LAICA
Cover art by Dylan Fleet

In the music of Laica there's a sense of something more concrete having been deliberately and forcibly rubbed away, leaving just a vague impression of a more tangible piece of music. The effect is haunting, the musical equivalent of trying to remember a dream when all that's left is the barest trace outline. ... more

Bandcamp Daily  your guide to the world of Bandcamp